"Leaning over to pick up my café, I caught my eye in my reflection— like him, I had changed too."

Landing in the Madrid airport, I was hit with equal waves of excitement and jet-lag. The decision to study abroad in Madrid was easy for me: I had known since middle-school that I wanted to spend a semester refining my Spanish and living in what I considered the most beautiful country in the world. While I’d had neither doubts nor reservations boarding the plane in Dallas, walking through the Madrid-Barajas Airport, I realized the extent to which my life would be changing for the next semester. I would be starting at a new university, living in a new city, and creating a new home. The thought was as liberating as it was intimidating.

I remembered this exact feeling when, four months later, I strolled to my gate, starting my trip back to the United States. I had convinced my twin brother—who, lucky enough for me, had also studied abroad in Madrid for the semester—that we had to leave for the airport three hours before our flight to account for the holiday traffic and the airport-worker strikes. Getting past security, I chuckled, seeing as we now had nearly two hours to kill. Despite the strikes, the traditionally painful airport experience had been easy— everything in Spain, I felt, was easy. Ordering my final café con leche, I smiled as my brother shared a joke with the bartender. I could see how much this semester had impacted him: he was more open to striking up conversations with strangers, he spoke Spanish with confidence, and he moved around his environment with ease. I had known him better than anyone for 21 years, and I recognized now that he was different. Four months in Madrid had served him well. Of course, it helped that the late-night, late-morning Madrileño schedule was perfectly suited to his taste, and that Madrid’s upbeat but slow pace was just right for his relaxed California air, and that the traditional Spanish meriendas of café, churros, and tortilla de papa characterized his ideal meal. But he had also taken advantage of all his semester had offered him, meeting new friends from Spain and across the world, perfecting his Spanish, taking last-minute trips to see undiscovered corners, and making a new city home. Leaning over to pick up my café, I caught my eye in my reflection— like him, I had changed too. 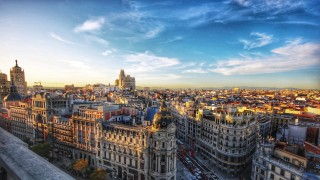 Explore Getafe, a city in the Community of Madrid, while studying at the Universidad Carlos III de Madrid 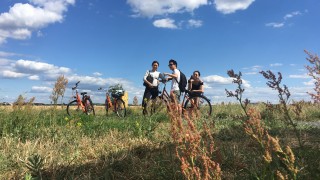 There are few things more satisfying and reassuring than grappling with the challenges of study abroad and emerging victorious.