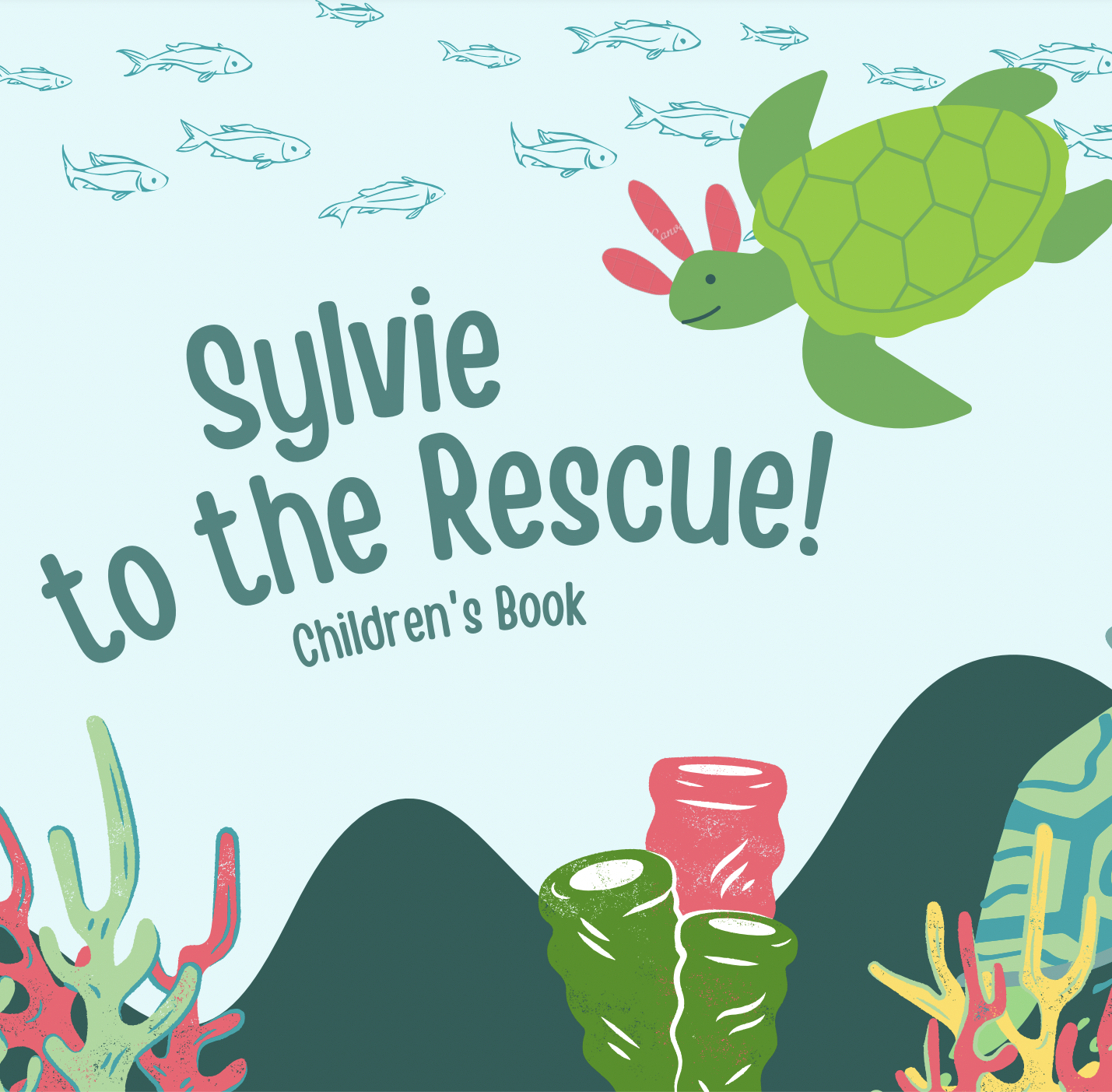 Sylvie to the Rescue! children's book project aims to show the damage of ocean pollution. It depicts a turtle called Sylvie who lives in an ocean paradise with her friends. Sadly, the ocean keeps getting more and more polluted. One day, Sylvie is swimming and playing but a can comes in her way and she almost gets injured. She tries to tell people about the problem but no one listens. The ocean becomes more and more polluted until it’s filled up and overflows. The book depicts Sylvie’s struggle as she tries to tell more and more people but no-one was listening until it was too late. Luckily, when she’s crawled above the rubbish, she makes friends with a little latino boy called ‘Alex’ and Alex is the first person to listen to little Sylvie. Alex then told all his friends and they worked together to collect all the rubbish and then over time they got rid of all of it. And they lived happily ever after. In the end Sylvie invites Alex into the ocean and he experiences the wonders of it. The end.

Why did you start the project and what are you most excited about it?

We believe in the power of storytelling and the influence they have on children. Through using settings that are vivid and characters which are relatable, it will better portray our message and urge readers to act. It is for this reason that we have chosen to develop a storybook.