The Independent Perspective of Going Abroad

"Day by day, this social exploration broadened my understanding of modern life on a global scale, while simultaneously putting my prior conceptions of life in America into question."

Before I left for my year at Cambridge, a UK-educated friend of mine told me that American higher education makes students “individuals”, while British higher education makes students “independent.” The more time has passed since returning to the United States, the more meaningful that observation has become for me. I arrived in the United Kingdom Janus-faced, riveted by the turbulent political events that marked the final months of 2018 in America, while fascinated by the confusing and Brexit-dominated British political environment that greeted me. In Cambridge, however, I quickly found a third domain that both overshadowed and redefined these national events: the local community and friends I found in Girton College and throughout Cambridge.

My friends were a special group. We would do the usual friendly things, from clubbing to sharing tables at the college library. We would also talk (over tea), a lot, about our homes, families, experiences, opinions and ways of life. We had much in common, but the most satisfying moments took place when we explored the limits of our commonality and insisted on understanding our differences. As the only American in our group, I was asked about the meaning of American events, and felt a special responsibility to answer accurately and insightfully.

Day by day, this social exploration broadened my understanding of modern life on a global scale, while simultaneously putting my prior conceptions of life in America into question. I had to see American life in an independent way, with open-mindedness and a commitment to objectivity. By the end of the year, I had learned to step back, compare and contextualize the vicissitudes of American society; across the ocean, with newfound independence, I no longer needed to relate to turbulent events as an individual in the midst of them, charged with taking a righteous side and protecting my interests. Instead, I could meditate upon America’s place in the world and my place in both. I discovered a new imperative: patiently insist on rigorously incorporating as many diverse perspectives as possible when forming opinions about yourself and your society. This yields richer and more balanced understandings and decisions, and is easier on the psyche. As important as it may be for a responsible citizen to “know thyself,” Cambridge showed me, first hand, the importance of knowing others and grappling with difference. 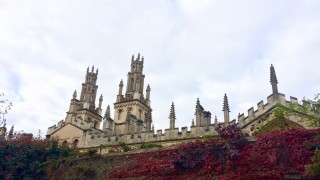 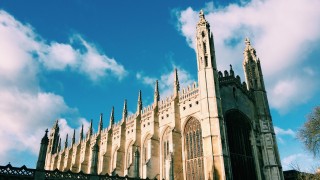 "Coming from a minority perspective forced me to see things in a different light and take a critical look at my own assumptions, thought processes and fundamental beliefs."