Heatwaves, Air Conditioning, and Being American

...we have to get sore before we get strong, and I came out of the experience much more conscious of my place, and responsibility, in the world as an American than before.

When I arrived at my homestay in Paris, the first thing I noticed in my new room was the giant fan sitting in the corner. I noticed this because there was a conspicuous lack of fans anywhere else in the conspicuously not air conditioned apartment.

Paris in the summer is hot. This is not up for debate, and also probably not going to change any time soon. Paris in the summer is also not air-conditioned. This, on the other hand, could change – but it won’t, and not for the reasons that most Americans expect, as I learned during my time abroad.

To set the scene: imagine a young 19-year-old American in Paris, bright-eyed and bushy-tailed, sitting in a Parisian kitchen with a Parisian family. It is about 90 degrees outside, and possibly hotter inside, due to the lack of AC. Everyone is suffering. Everyone is commiserating – the heat might even be bringing them all closer, in terms of shared experience. The American carelessly bemoans the lack of AC. Immediately, the atmosphere changes.

I, the American protagonist of this short tragedy, immediately knew that I had said something wrong. My host sister explained, a bit crossly, that the lack of air conditioning in Paris is a deliberate choice – that air conditioning’s negative impact on the climate is well-known there, and a major factor in its non-existence in the city. There was an edge of hostility to it – the star-spangled elephant in the room being that America has no problem using this device that is harming the world in a way everyone has to deal with, while at the same time refusing to take major steps towards fighting climate change like other countries have. I was confronted with just how harmful America’s willingness to both cause a problem and then refuse to fix it is for others, especially when it results in them having to fix the problem they actively avoided causing.

I felt defensive, at first – it’s not my fault that air conditioning is installed in my home in America, and that it has become a general American practice to use it everywhere. But the more I thought about it, the more I realized how wrong I was to come to a country actively trying to mitigate the effects of my own country’s carelessness, and demand that they participate in the same level of carelessness to cater to my needs. More than that, I felt ashamed that I had been so willing to assume that the Parisian lack of AC was a passive response to old buildings that couldn’t support the system, and not an active decision in the fight against climate change. Was it just thoughtlessness? Or was it easier for me to imagine that the Parisians all would cause the same level of damage, if only they were able to? Did it make me feel less guilty about using the oversized fan in my room each night, without caring about the energy wasted?

With the reasoning for the lack of AC pointed out to me, I began to notice it only as another manifestation of Americanisms popping up in the city. My favorite café, advertised as bilingual and marketed mainly to American tourists in the city, had AC on full blast every time I walked in. The authentic boulangerie next to it did not. There seemed to be a direct correlation between the amount of English spoken in an establishment and whether air-conditioning was installed. It felt like an invasive species. I began to feel overwhelmed with guilt.

It’s hard in 2018 to clearly delineate between different cultures. So much has been shared, adopted, and synthesized that defining “French” or even “European” in opposition to “American” seems like a futile task. One of my main takeaways from studying abroad was that humans in different places share a lot more than we would think – be that due to globalization or human nature. That being said, the shame I carried with me felt like a distinctly American one. It might be a harrowing conclusion, that we better understand what distinguishes one culture from another by what one culture is doing wrong, but the fan turned to its highest setting in my room every night wouldn’t let me conclude much else.

I was glad to have had the conversation. I ended up turning the fan off, and keeping it off. I was more careful about other things, too – making sure the lights were always off when I left, keeping my showers short. I would like to think that these practices have translated into a more environmentally-minded mindset now that I’m back in the States. Still, the moment itself, where I realized I had tripped over an invisible cultural barrier that I didn’t know existed, has stuck with me. Studying abroad was filled with these barriers – it was as much an obstacle course as it was a fairytale – but this one left me more sore than usual. But we have to get sore before we get strong, and I came out of the experience much more conscious of my place, and responsibility, in the world as an American than before. 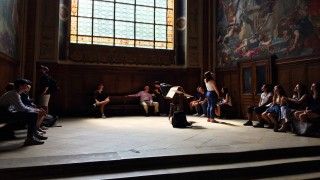 Learn how to look and listen more deeply by simultaneously taking Art Humanities and Music Humanities together in one of the foundational artistic cities of Western culture. 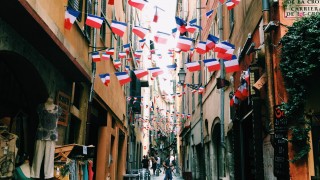 Delve into the paradoxes of French and Francophone history and culture while exploring the cosmopolitan city of Paris. 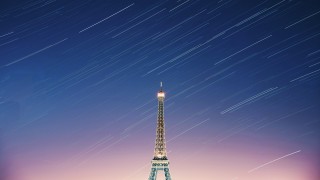 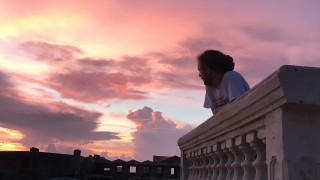